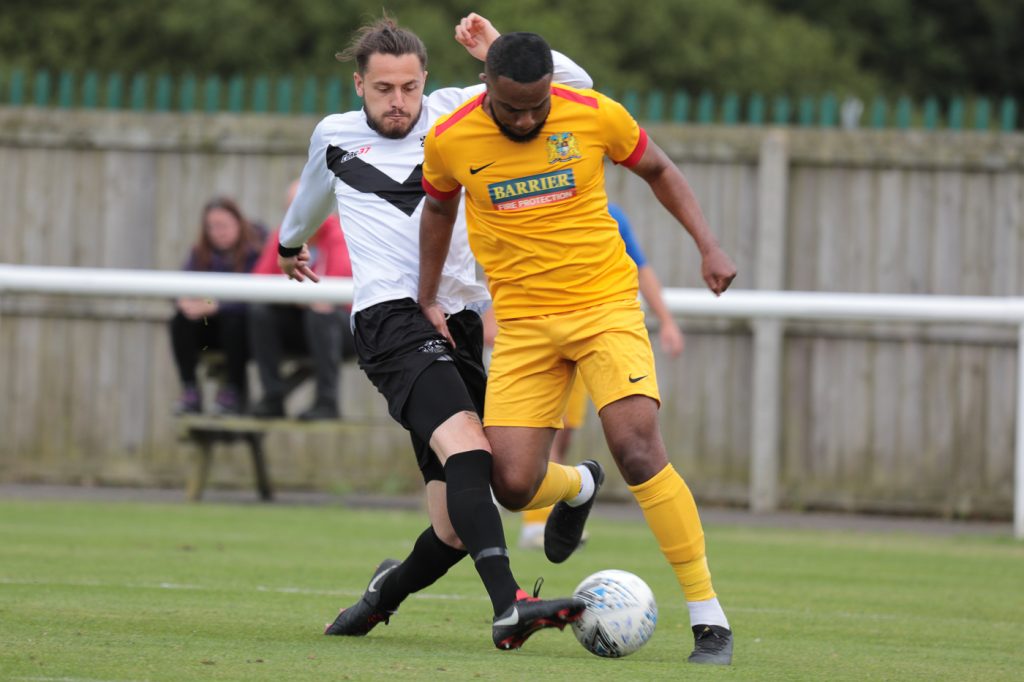 Ashington FC’s Tom Bramley could be excused for not knowing which way to turn after picking up a freak injury which has left him on the sidelines – almost six months later!

The 24 year old defender revealed that the ankle knock which he sustained in a friendly for the Colliers against Durham University is the first injury he has ever picked up in his footballing career: “I snapped the ligaments in my ankle,” said Wallsend-born Bramley, who is also based in the town, “It’s been an up and down kind of road for me so far because just when I thought I was making progress I’ve had setbacks so to be honest things have been very frustrating. I’d never been injured before so it was a shock to my system.”

Bramley – who is training to be a teacher – continued: “As a club, we had had a decent start to the season and it was going well. Then I did the injury inside the first 20 minutes of the friendly – without anyone near me. I went up for a header and landed awkwardly when I came back down, putting all of my weight on my ankle. It’s disappointing but just one of those things which happen in football.”

Bramley was initially on crutches but has returned to the fold – although he hasn’t set any date on a comeback: “I would like to be back in the swing of things – but there again I could be out for the rest of the season,” he added, “I did my first full training session which was full of intensity and completed the whole programme although still unable to do a full sprint – but I’m definitely getting there. I’ve got to keep chipping away and see what the club say but the manager (Ian Skinner) and the team have really looked after me and have given me a chance.”

He concluded: “I don’t think I’ve played a full season in the Northern League and was hoping to put the record straight this campaign – but now I’ve got to look to do that next year!” Ashington boss Ian Skinner said: “The incident happened in September and at the time looked like an innocuous injury where Tom landed badly with nobody near him – and he’s now been out for over 20 weeks. It’s frustrating for both the player and the club but it would be remise of us to rush him back – so we’ll be patient and wait for as long as it takes for him to heal properly.”