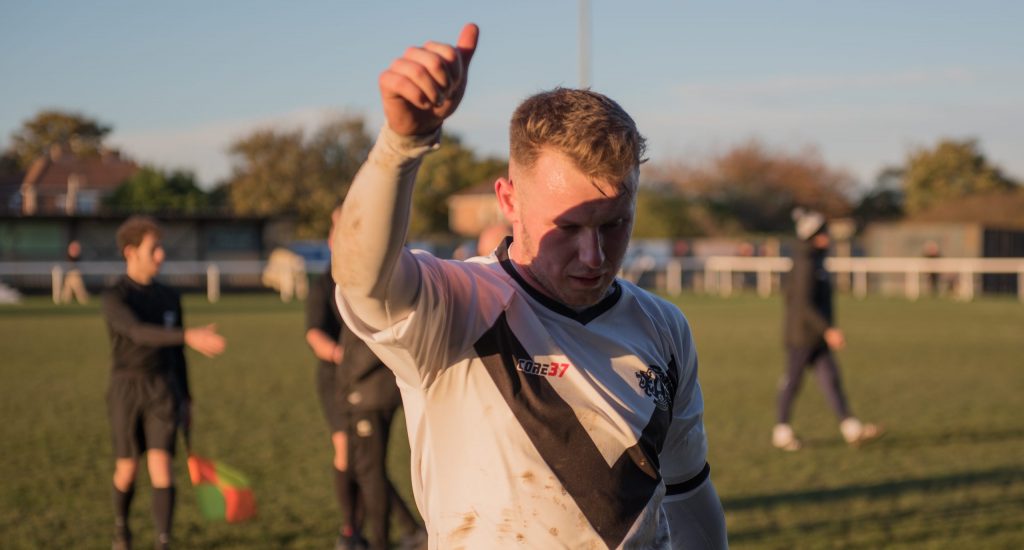 Ashington FC midfielder Dean Briggs says that the target for the Woodhorn Lane side is to finish as high up the Ebac Northern League’s first division table as possible.

Wideopen-born Briggs returned to the fold last month and was included in the starting line up for Ashington’s Techflow Marine Northumberland Senior Cup quarter final tie against Newcastle United under 23’s which the Magpies won via a penalty shoot out after the game finished all square at 2-2 after 90 minutes.

And on Saturday, the 25 year old came off the bench to score his 16th league goal of the campaign in the Colliers 3-1 win over Penrith: “The goal was a simple tap in – but it was nice to add it to the tally,” he said afterwards, “It was a case of coming on and working hard and the more minutes I have will improve my fitness and help to get my levels back to where they were. I was happy to get back on board and now it’s a case of seeing how high up the table we can go.” Ashington crept up to sixth place in the division following Saturday’s win but Briggs reckons a promotion bid would be a tall order: “It is a possibility – but it would be a tough ask for us because there are some good sides in the league,” he added, “We would have to win most games and although I can’t see any reason why we can’t do that there are some strong teams in the league and they would have to drop some points.”