Ashington extended their winning sequence to five matches on Saturday – but only after Ben Harmison had smashed home a dramatic stoppage time penalty against West Allotment Celtic at Woodhorn Lane.

Following torrential and incessant rain in the days leading up to the contest, groundsman Scott Robson had worked wonders to get the pitch in pristine condition.

However, the game itself lacked quality. In Ashington’s case it was a flat performance – but manager Ian Skinner had already forewarned supporters that his side were going to find it difficult to recreate early season displays due to the change in the condition of pitches.

Yet coasting at 2-0 just before the half way mark in the first period, Ashington did things the hard way. After Allotment substitute Liam Beeston had reduced the arrears from the penalty spot, it was all square five minutes later, as Scott McCarthy swept the ball home.

But after a foul by ‘keeper Dan Gladstone on Dan Maguire in the dying seconds, Harmison’s emphatic penalty sent the Ashington fans home happy.

Rewind to the start and Allotment should have been a goal to the good after only six minutes.

A long punt up field by Gladstone squirmed through the home rearguard and left Lucas Lower-Matondo with a glaring one-on-one opportunity.

However, the striker clipped a left foot shot wide of advancing ‘keeper Karl Dryden and past the post.

It was a stoke of luck for the Wansbeck side who then banked up a two goals advantage inside six minutes.

On the quarter hour, Harmison was tripped and pushed in the area by ex Collier Luke Parkinson – who was making his 300th appearance for the visitors – as the home skipper looked to get on the end of a cross by Jordan Summerly.

Referee Tyler Dutton awarded a penalty and Harmison confidently stroked it into the net, sending Gladstone the wrong way.

What was to be the best move of the match arrived in the 21st minute. A cross from Smith was headed superbly by Harmison which laid the ball on a plate for Karl Ross and the midfielder ought to have scored but saw his side footed effort saved by the legs of Gladstone,

However from the rebound, Harmison set up Liam Smith who lashed the ball home left footed from the edge of the area.

A tough dour battle then ensued until things all changed from the 63rd minute when McCarthy had a shot taken down by Dryden.

Three minutes later, the striker made a run of 30 yards until he was fouled in the box by Andrew Cartwright and substitute Beeston tucked home the resultant penalty just inside the post.

Five minutes later, West Allotment levelled when the ball was knocked over from the right and McCarthy hooked it home on the volley from eight yards.

In the third minute of time added on sub Yannick Aziakonou had a tame shot fielded by Gladstone following a free kick and it looked as if it would be the final chance.

But when Maguire pounced on a through ball by Harmison and attempted to round Gladstone, the ‘keeper upended him and for the third time in the contest, referee Dutton pointed to the spot.

Harmison made no mistake, blasting the penalty home as Gladstone moved in the opposite direction – much to the delight of the home supporters in another bumper attendance of over 500. 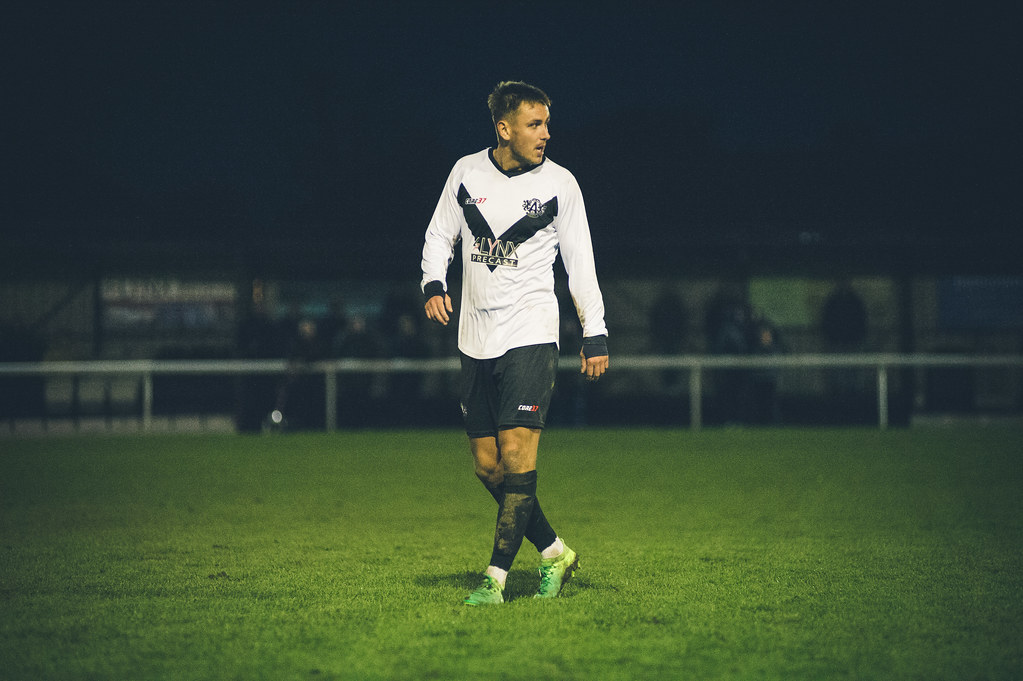