Ashington and Stocksbridge Park Steels will meet on Tuesday night in a replay after their Emirates FA Cup third qualifying round tie finished all square at the Eco Power Stadium on Saturday.

The Colliers – spurred on by an army of around 200 fans who were magnificent and who got behind their side from start to finish which created a brilliant atmosphere – conceded a late goal which forced the replay but overall a draw was probably a fair result on the day.

The Wansbeck based club came up against an outfit that operate one division above in the Pitching In Northern Premier League and after knocking out higher status teams Ashton United and Bradford Park Avenue in previous rounds, came close to causing another cup upset.

It wasn’t the most entertaining of cup ties nor was there any real quality to shout about but Ian Skinner’s side more than matched their opponents and without a doubt, deserved another bite of the cherry.

All of the goals came in the final half hour of a match which never flowed but had plenty of endeavour.

However, after falling behind to a goal by Ross Goodwin, the Colliers turned the game around to lead 2-1 with 20 minutes to go following strikes from Lee Mason and Ben Harmison and will be disappointed not to have held onto their slender advantage with Mitch Langton hitting an 85th minute leveller for the hosts.

Ashington ‘keeper Karl Dryden was in action after only two minutes as he pushed out a header by Goodwin after a corner on the right by Kurtis Turner.

But Skinner’s side hit back and it was only a fine stop by home ‘keeper Harrison Davison-Hale which prevented an opener from Ben Sampson.

Robbie Dale found Sampson who moved across the area before looking on to see his venomous left footer from 12 yards turned away by the stopper.

And on the quarter hour, it was Sampson who turned provider as his pass bisected the home rearguard and sent Dan Maguire through.

However the ball just wouldn’t run kindly for the striker and the chance evaporated.

There was little in the way of goalmouth action until the 33rd minute when Mason fed Dean Briggs whose cross was blocked then the latter whipped the ball over from the left which went across the face of the goal.

Three minutes later, Mason cleared off the line following a Stocksbridge corner on the left but it was Ashington who had the final chance of the half when Dale slipped the ball through for Mason but his effort was held by Davison-Hale.

Ashington started the second half well and after three minutes, Maguire and Briggs combined to set up Sampson but the midfielder’s shot was blocked.

Briggs then curled just over before the hosts took the lead in the 63rd minute with a goal against the run of play.

From Tomas Poole’s delivery on the left, home skipper Goodwin – at the far post – netted with a fine header which he put into the opposite side of the net.

Sampson crossed inside the area where Mason finished with aplomb, scoring with a rasping right footed half volley which rocketed just inside the upright.

Seven minutes later, Ashington went ahead when Briggs curled a free-kick into the danger zone and Harmison stretched to stab the ball home from six yards.

With quarter of an hour remaining, a shot from Luke Rawson brought a finger-tip save out of Dryden and from the resultant corner, the Colliers had a fortuitous escape when they failed to close down Alex O’Connor whose 25 yarder smacked against the post.

But five minutes later, the visitors – and Lee Mason – came within inches of netting a third which arguably would have put the tie to bed.

Thomas Kalthoeber played the ball forward to Dale whose clipped first time pass was flicked on by Maguire which put Mason through.

The striker lobbed the advancing Davison-Hale – but agonisingly the ball landed on the top of the crossbar and went straight into the ‘keeper’s arms.

And in the 85th minute following a corner by Poole, the ball was not cleared and ricocheted into the path of Langton who slotted home from close range.

Sixty seconds later, an effort by Maguire forced Davison-Hale to clutch the ball to his right – but with the scores locked at 2-2 at the final whistle, apart from a replay, both teams will go into the hat for Monday’s fourth qualifying round draw. 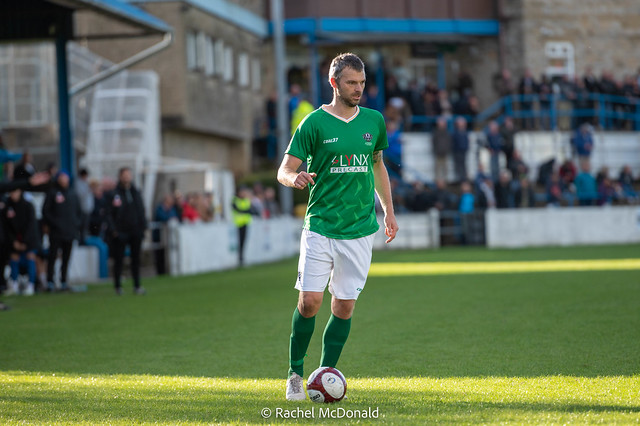