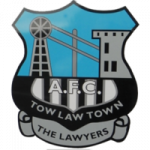 A Goalkeeper who needs no introduction to fans of the club having played under Gary Middleton. Karl then went on to have four highly successful years at Morpeth Town where he won the FA Vase, before moving to Dunston UTS where he again had an impressive two-year spell lifting the Northern League First Division title and gaining promotion.