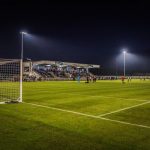 Ashington Reserves booked their place in the final of the Bluefin Sports Ins Neville Cowey Cup final after winning their semi final tie away to Whickham under 23’s on Saturday.

Ashington took the lead through striker Kai Leathard after an assist from Kieran Park then Whickham equalised with a penalty from Finlay Gibson before Jordan Fitzsimmons scored the winner.

Cairns said: “We’ve had a bit of an indifferent season so we are hoping our progress in the cup competition will help us to kick on in our league campaign to get higher up the table,” he said, “We played league leaders Benton in the quarter final of the cup and won 5-2 then on Saturday against Whickham it was a different type of game. We had to contend with windy conditions but we gave a dogged performance and ground a result out. We know Hazelrigg will be tough opponents but we are all very excited and will look forward to the final whenever it is to be played.”

Full results and fixtures for our reserve side can be found here. 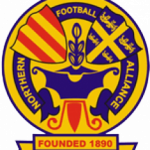 The draws have been made for the Northern Alliance George Dobbins League Cup and the Third Division Neville Cowey Cup.

Ashington Reserves will host fellow third division side Blyth Rangers in the George Dobbins League Cup whilst in the Third Division Neville Cowey Cup they have received a bye straight into the Quarter Final stage.

A date for the George Dobbins League Cup tie will be confirmed in due course.

League fixtures for the opening month of the season are due out on 12th July.